All About Engine Cut-Off Switches: The $20 Device that Saves Boater’s Lives Is Now Required By Federal Law

An engine cut-off switch is one of the most essential boating safety devices. Also called a “safety lanyard” or “engine kill switch,” it’s designed to shut off a boat’s engine if the operator is thrown from the helm.

A new federal law that took effect April 1, 2021 requires the devices to be used on all personal watercraft (PWCs) and most powerboats less than 26 feet in length. The law is designed to address a persistent problem of runaway boats and propeller strikes, which account for about 4 percent of boating accidents and injuries in the United States each year.

“Every year Americans are injured and killed in boating accidents that could easily be prevented by the use of a simple engine cut-off switch. This new rule is intended to make the use of these life-saving devices second-nature for boaters, just as seat belt laws have for motorists,” said Verne Gifford, Chief of the U.S. Coast Guard Boating Safety Division.

WHAT IS AN ENGINE CUT-OFF SWITCH … AND HOW DOES IT WORK?

An engine cut-off switch (ECOS) consists of a small clip that must be inserted into the boat’s console (or directly into a tiller-style outboard motor) in order for the engine to run. The clip is attached to a flexible cord that connects to the boat driver’s life jacket or body, ensuring that if the operator is thrown from the boat for any reason, the clip comes out and immediately stops the engine. Wireless versions are also available.

Why is this so important?

Boats can make sudden turns with enough lateral force to throw an operator from the helm area or completely out of the boat. When this happens, torque from the spinning prop will cause the boat to go into a tight turn, becoming a hazard to the ejected operator and anyone else in the water. This phenomenon is sometimes called the “Circle of Death.”

Every year in the United States, dozens of people are injured or killed in accidents that could have been prevented had the operator been wearing an engine cut-off switch.

According to the U.S. Coast Guard’s 2019 Recreational Boating Statistics report published in June 2020, there were 172 accidents in the United States in which at least one person was struck by a propeller, resulting in 35 deaths and 155 injuries. Dozens more were injured in other runaway boat accidents that could have been prevented by use of an engine cut-off switch, including boats striking people in the water and boat-to-boat collisions.

CAUGHT IN THE ACT

Blake Broussard and his father Clay were bucked from their bass boat at 60 miles per hour, only to watch as the boat doubled back toward them like a hungry shark.

“I looked for the boat and was surprised to see the motor was still running and the boat was still moving. That was when the revelation went off for me that this was a much worse situation than just getting blown out of the boat,” Clay Broussard said of the April 2018 accident on Toledo Bend, a large reservoir on the Texas-Louisiana border.

Blake Broussard had a pair of video cameras rolling when the boat caught a chine and threw the duo into the water. The cameras captured their ordeal in a stunning video that has since been viewed online nearly 2 million times.

The video Blake uploaded to YouTube is overlayed with the boat’s GPS track, showing the dozens of tight circles it made at about 30 miles per hour. The potentially deadly situation could have been avoided had Blake remembered to attach his engine cut-off lanyard to his life jacket. He normally does, but after landing a beautiful five-pound bass, both father and son were admittedly distracted.

“My mind wasn’t there and I was complacent,” Blake said.

Fortunately, the Broussards were wearing life jackets and nearby boaters were able to quickly pull them from the water. Both escaped without serious injury. Blake regained control of the runaway boat after making a batman-like leap from another boat, which was also captured on video.

Boating safety advocates hope that the new federal mandate will significantly increase the use of engine cut-off switches, in the same way that mandatory seatbelt laws have led to increased usage and made buckling up second-nature for millions of motorists.

Two recent federal laws aim to improve recreational boating safety by requiring the installation and use of engine cut-off switches throughout the United States.

The law requiring operators of small boats and personal watercraft (PWCs) to use an engine cut-off switch took effect April 1, 2021. It applies to all PWCs and boats under 26 feet, unless they have an enclosed cabin or are not equipped with an engine cut-off device. Failure to comply provides for fines of $100, $250 and $500 for the first, second, and third offenses, respectively.

This so-called “use requirement” comes on the heels of a law requiring manufacturers to install engine cut-off switches on all boats less than 26 feet in length and capable of 115 pounds of static thrust (about 3 horsepower). This “installation requirement” went into effect at the end of 2019. While most small boats and personal watercraft built in recent decades are already equipped with engine cut-off switches, the new rule means all new small boats and PWCs sold in the United States will feature the life-saving device.

In Texas, the mandate is called Kali’s Law. The 2019 legislation is named for Kali Gorzell, who was 16 when she was thrown from a boat and killed by the propeller. The penalty for not using an engine cut-off switch in Texas is $200, though from the outset officials have stressed their goal is education to increase ECOS use rather than enforcement.

“Game wardens will be educating the public on the engine cut-off switch requirement,” said Cody Jones, Assistant Commander for Marine Enforcement with the Texas Parks and Wildlife Department.

IT ONLY WORKS IF IT’S WORN

The Texas state strategy reflects the simple truth of engine cut-off switches. While they’re inexpensive and virtually foolproof, they only work when worn.

One of the major objections by boaters is that the switch must be removed every time the captain moves more than a step away from the wheel, and then must be replaced before restarting the engine. In activities like fishing where an active captain might stop and start dozens of times in a day, there’s a strong temptation to ditch the lanyard and leave the switch dangling on the dash.

One smart solution to this challenge is the use of electronic switches, which deploy the same transponder technology found in keyless automobile ignitions. These devices use an electronic fob that is carried by the operator and senses when it is too far from the helm or is submerged in water, activating the ECOS and turning the engine off. This has the advantage of allowing an operator to roam freely on the boat, while enjoying the safety and security of knowing the engine will stop in its wake should the captain go overboard.

Among the more popular electronic engine cut-off devices are ACR OLAS Guardian and FELL Marine Man OverBoard, the latter of which was awarded a prestigious 2020 National Boating Industry Safety Award. This electronic device combines the security of a conventional lanyard-style engine cut-off switch with state-of-the-art conveniences and added features.

FELL Marine’s Paul Petani likens the innovation to the new generation of life jackets that replaced the orange horse collar life jackets of yesteryear. “Now that life jackets are better and more comfortable, people are using them more,” he says. “Electronic cut-off switches—with a little help from the law—could make engine cut-off switches use the rule rather than the exception. And that will save lives.”

The Coast Guard released a detailed FAQ about the new rules along with an announcement:
https://uscgboating.org/recreational-boaters/engine-cut-off-switch-faq.php
https://content.govdelivery.com/accounts/USDHSCG/bulletins/2c7a930

An engine cut-off switch can save your life (video)
https://youtu.be/AW7151iup0k

The communications team at the Water Sports Foundation has designed the National Boating Safety Media Center to provide relevant and accurate content, imagery, experts and resources to assist journalists in story development. If further assistance is needed, please feel free to Contact Us for additional support. https://www.watersportsfoundation.com/about/contact-us/

5 thoughts on “All About Engine Cut-Off Switches: The $20 Device that Saves Boater’s Lives Is Now Required By Federal Law” 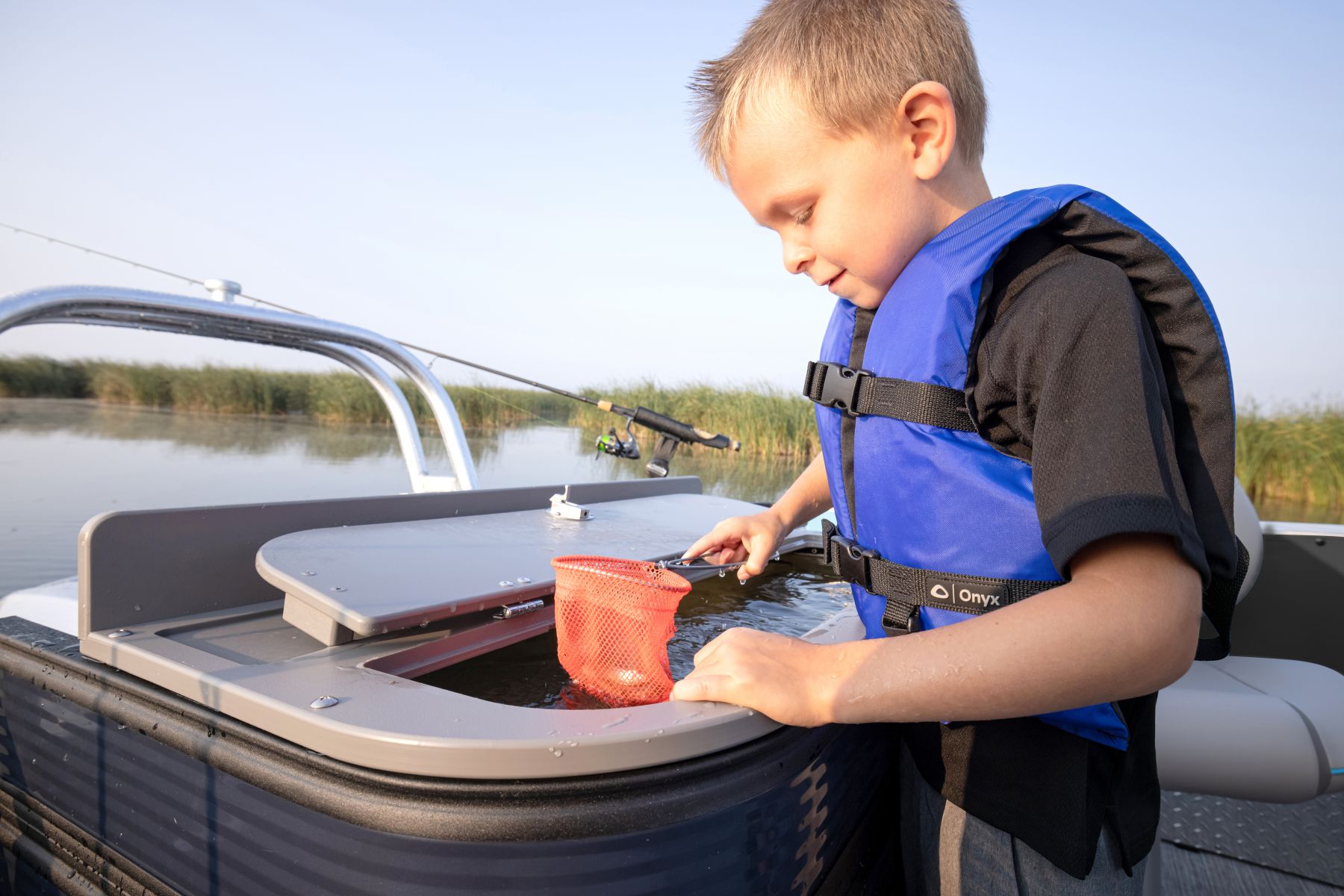 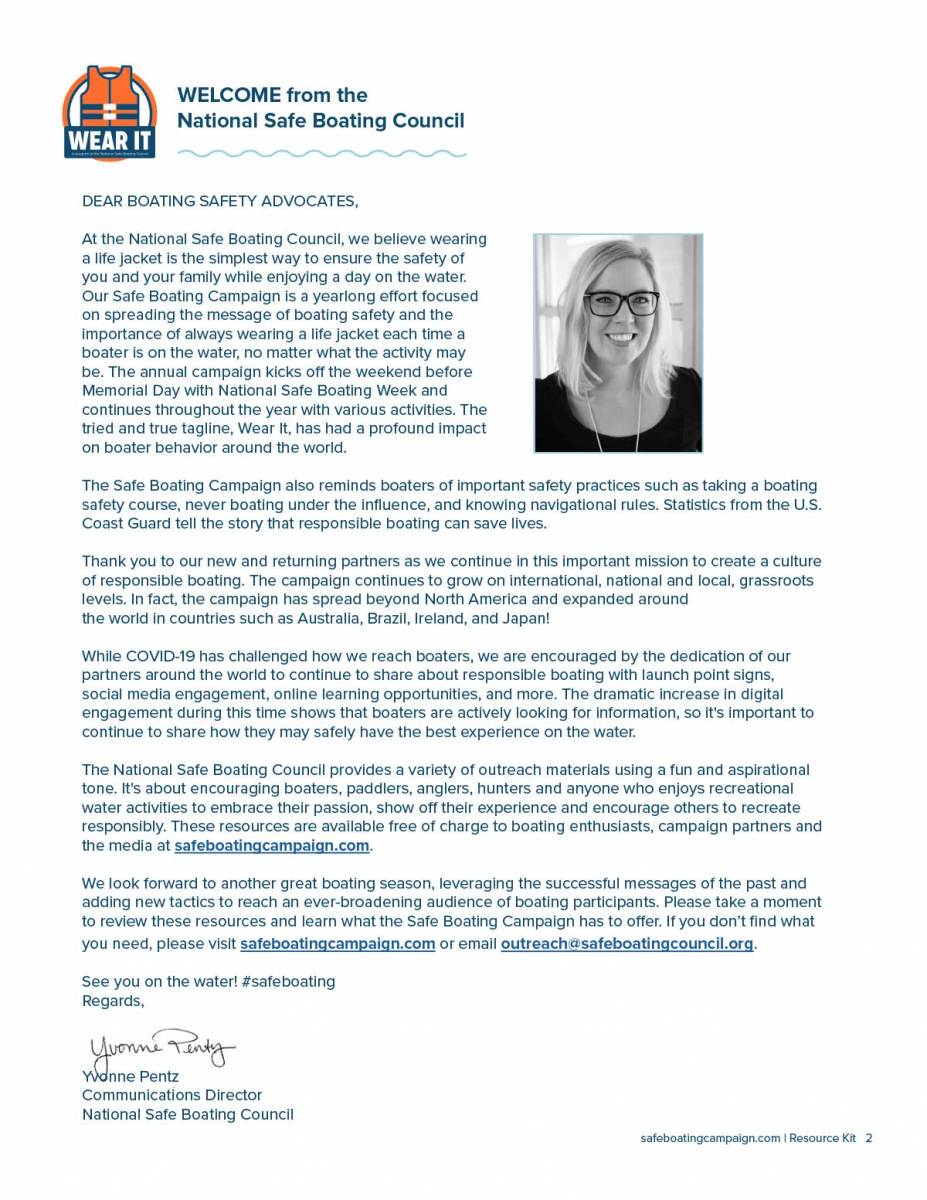 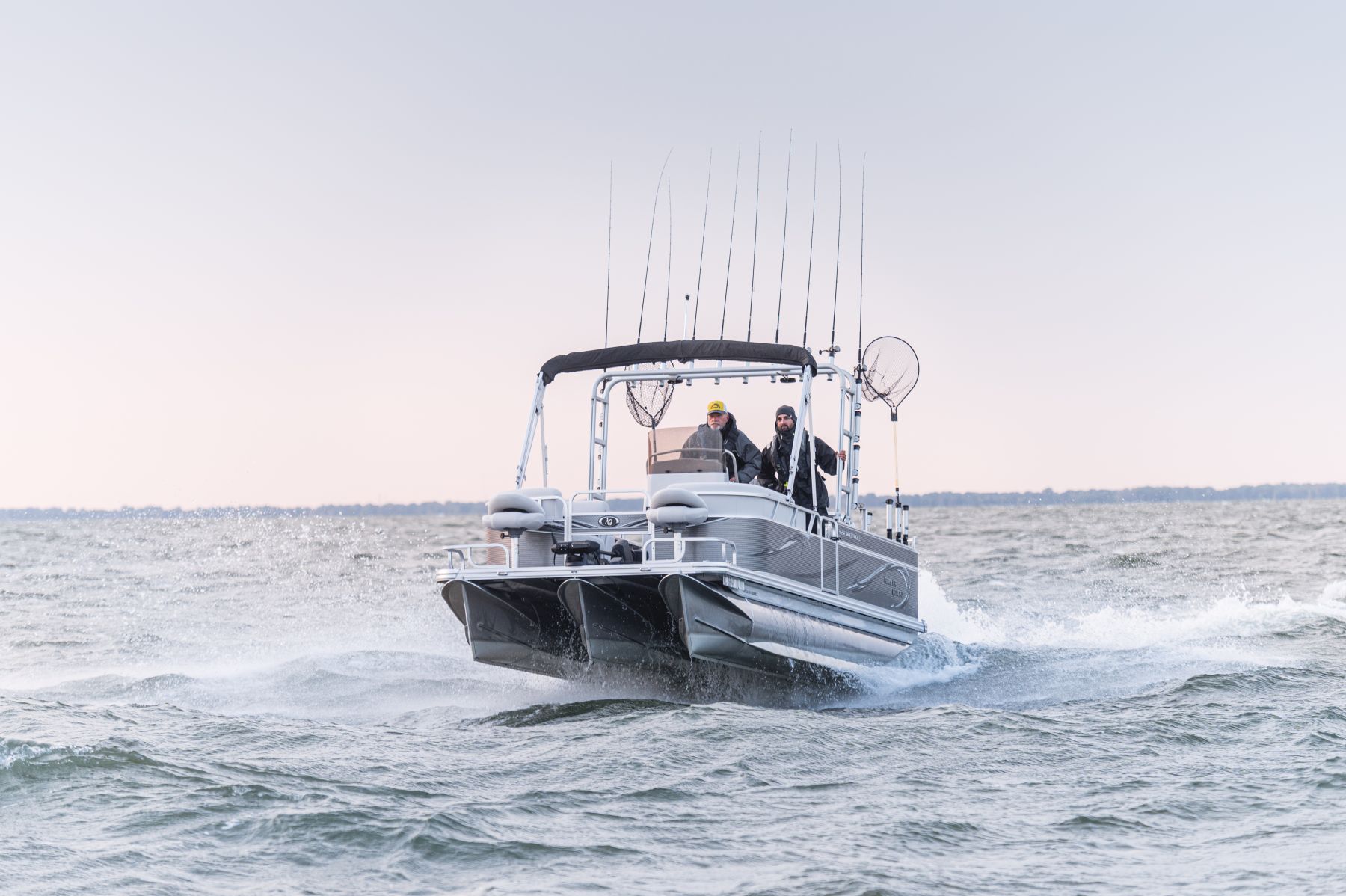 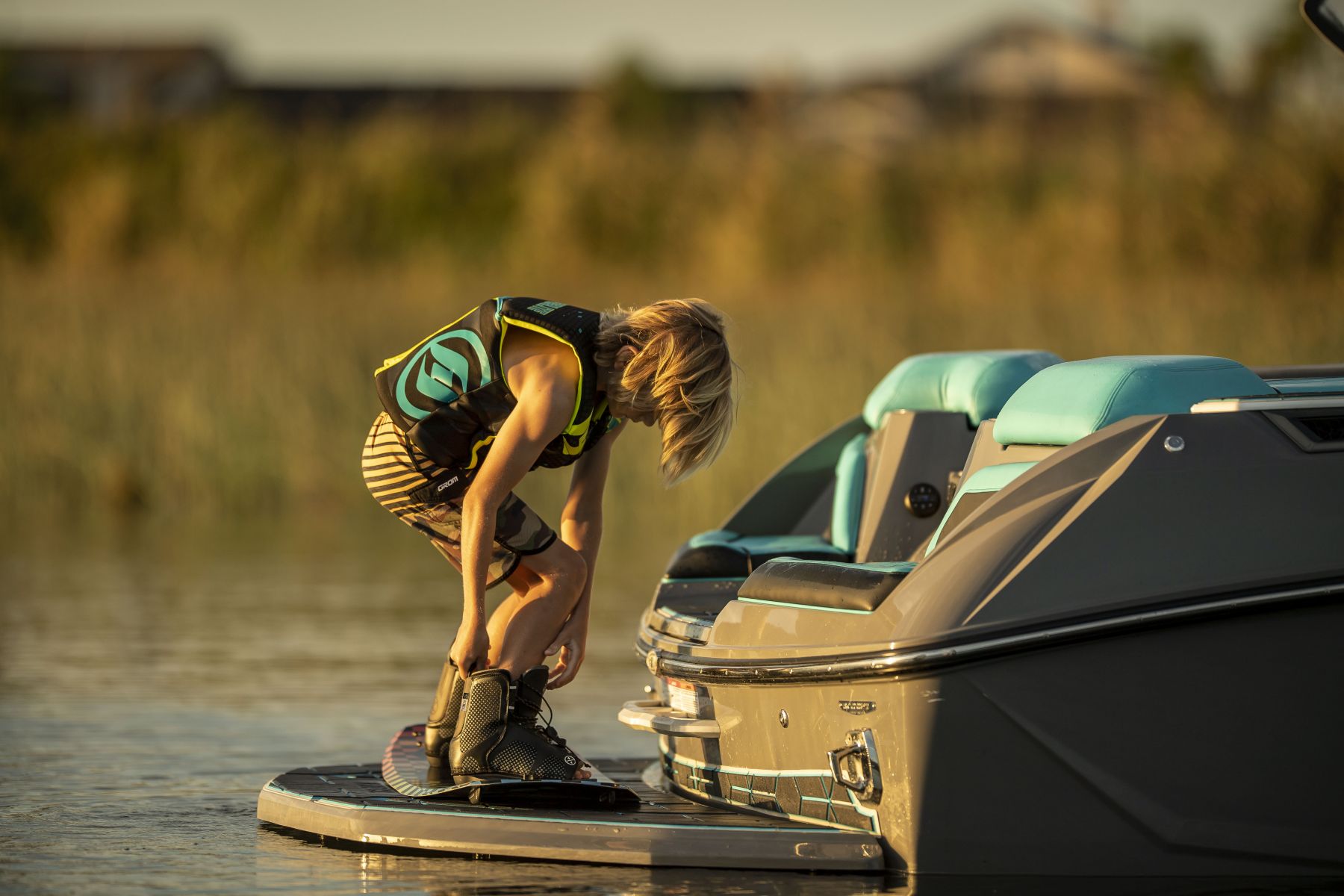 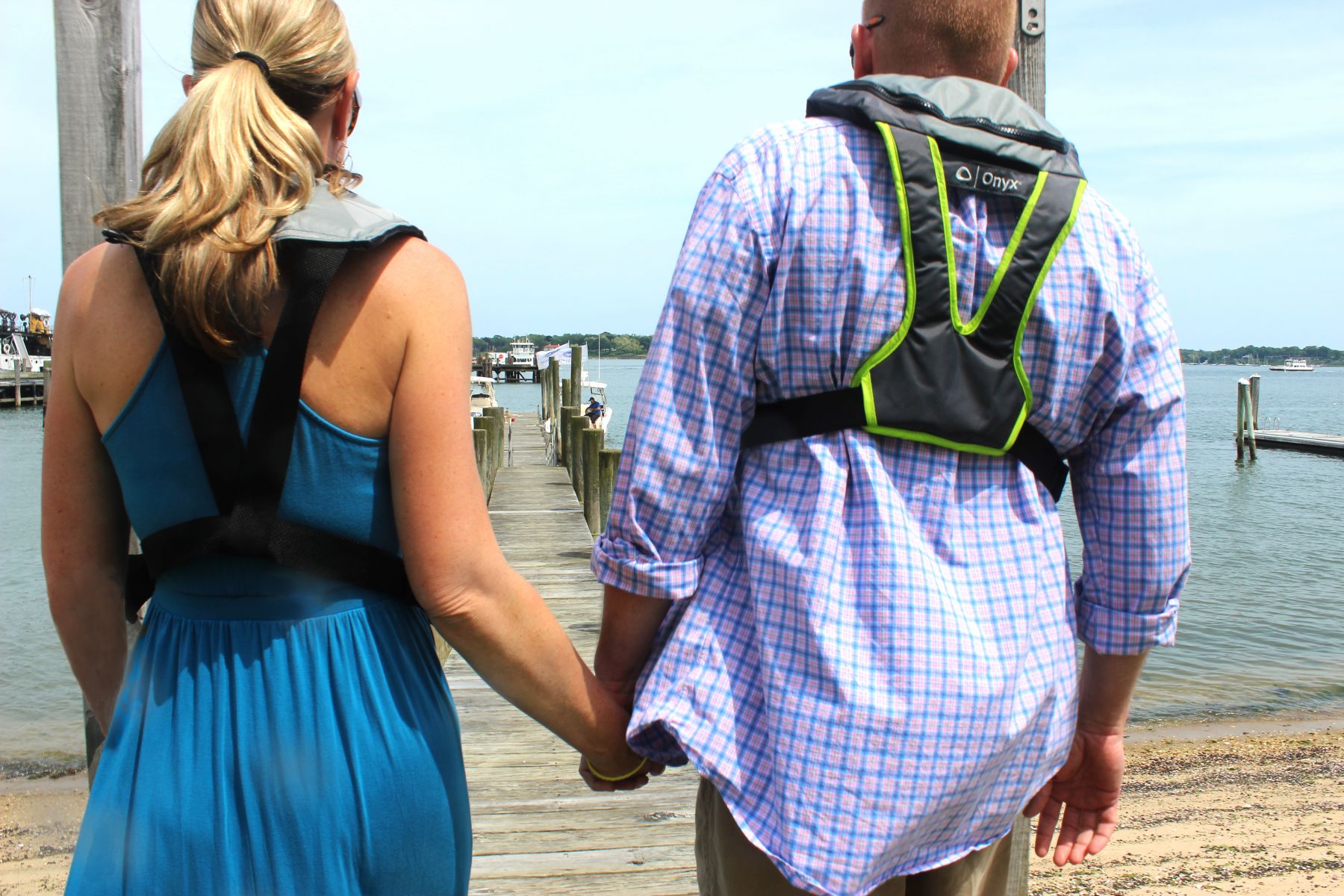 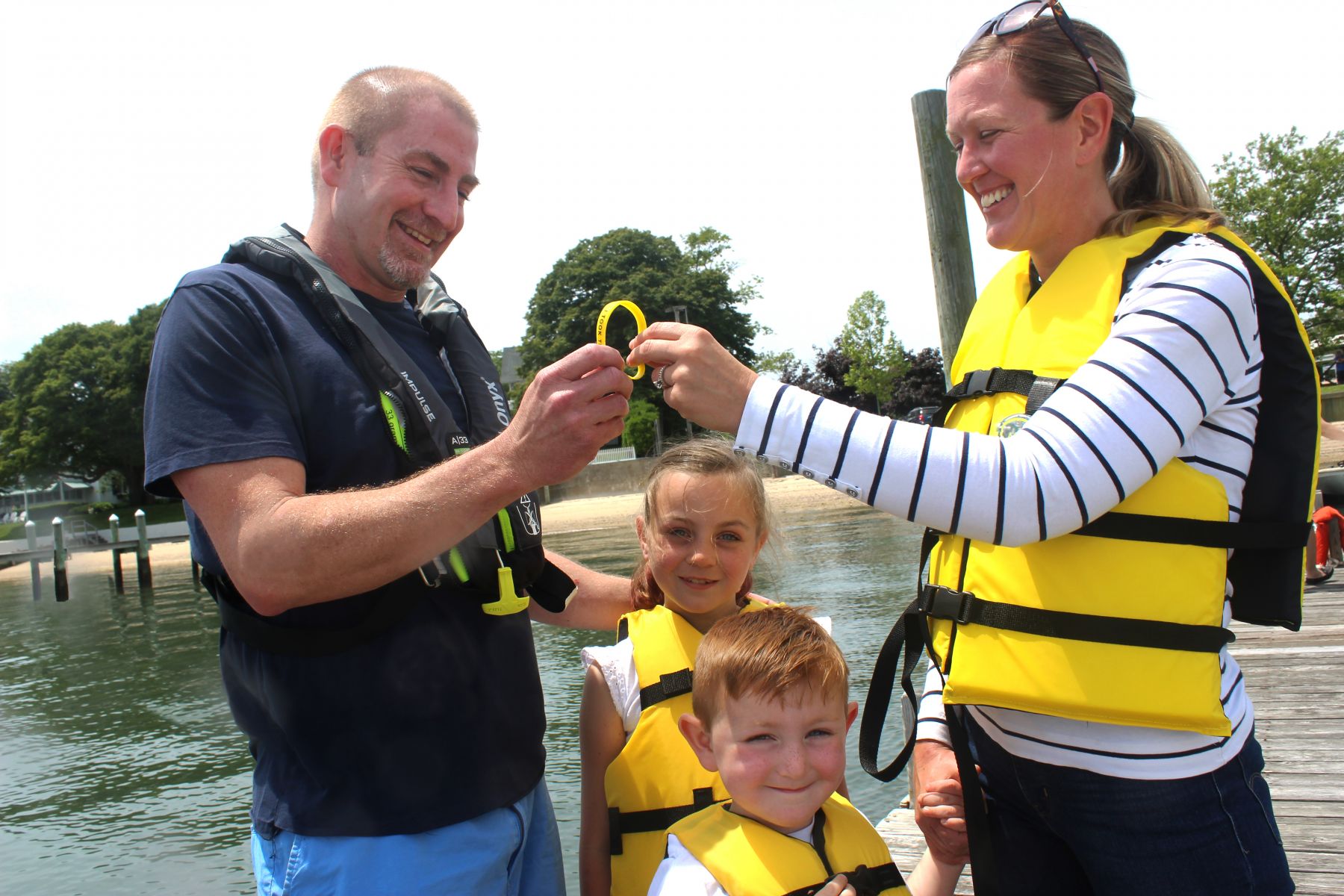 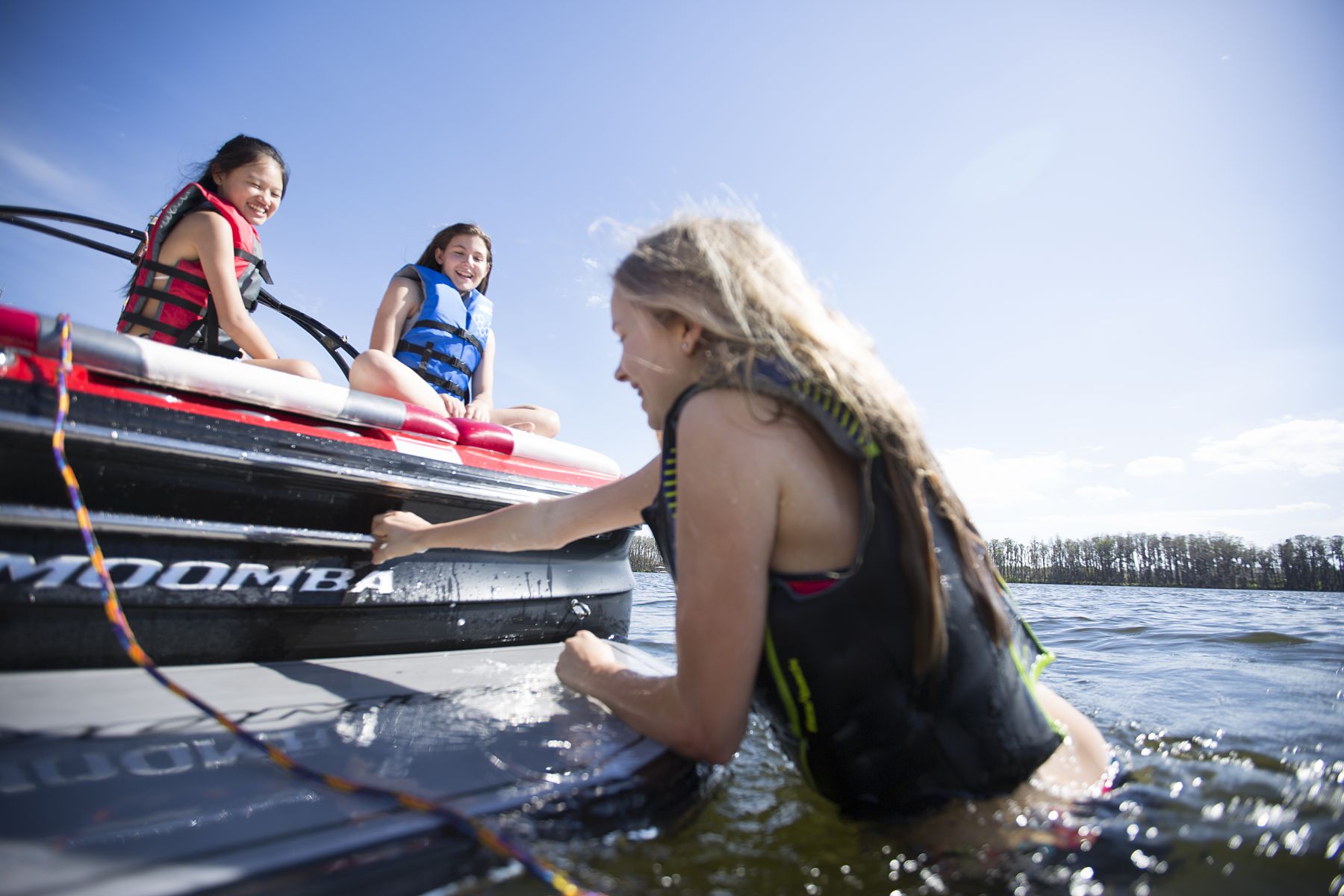 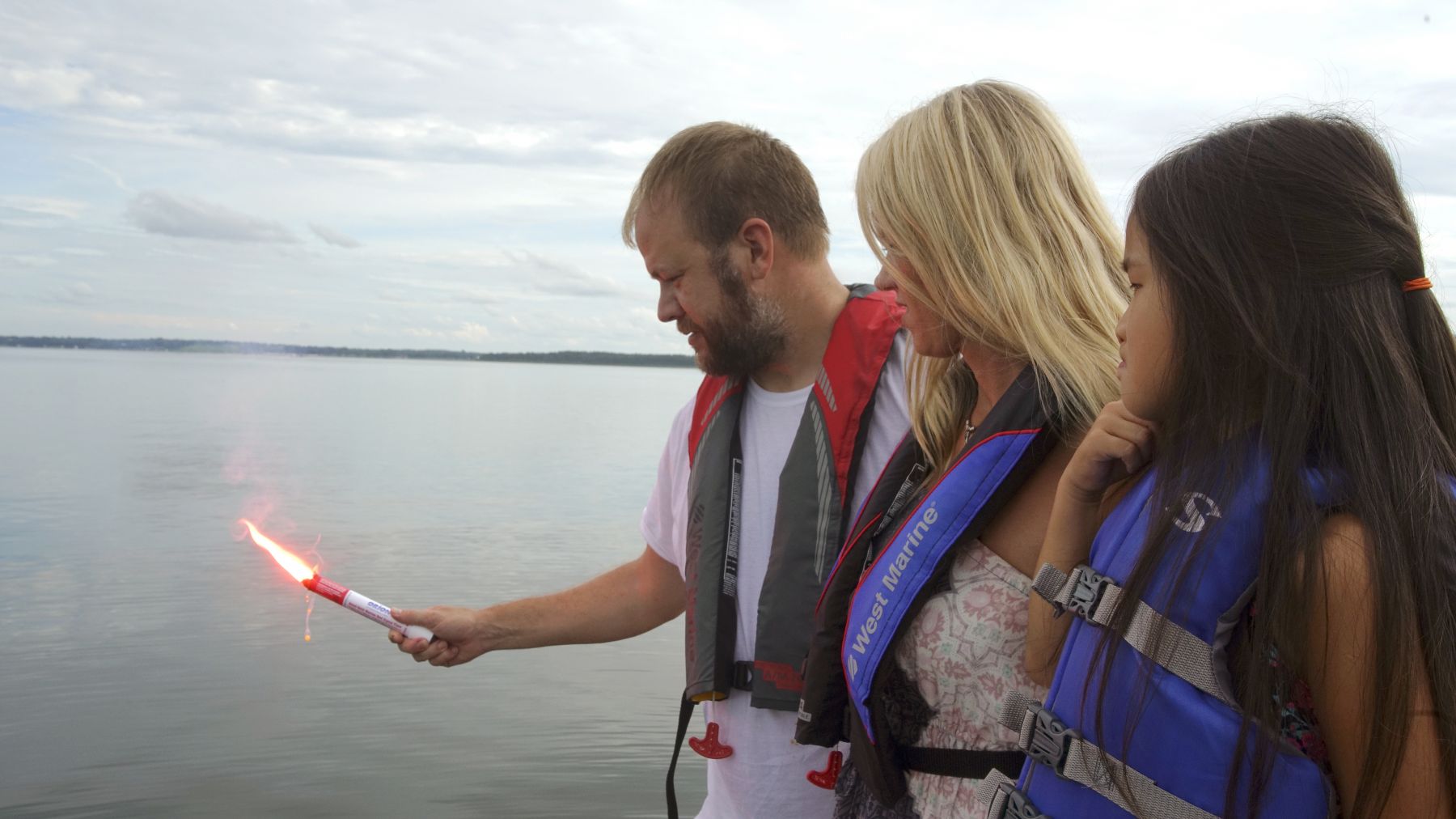 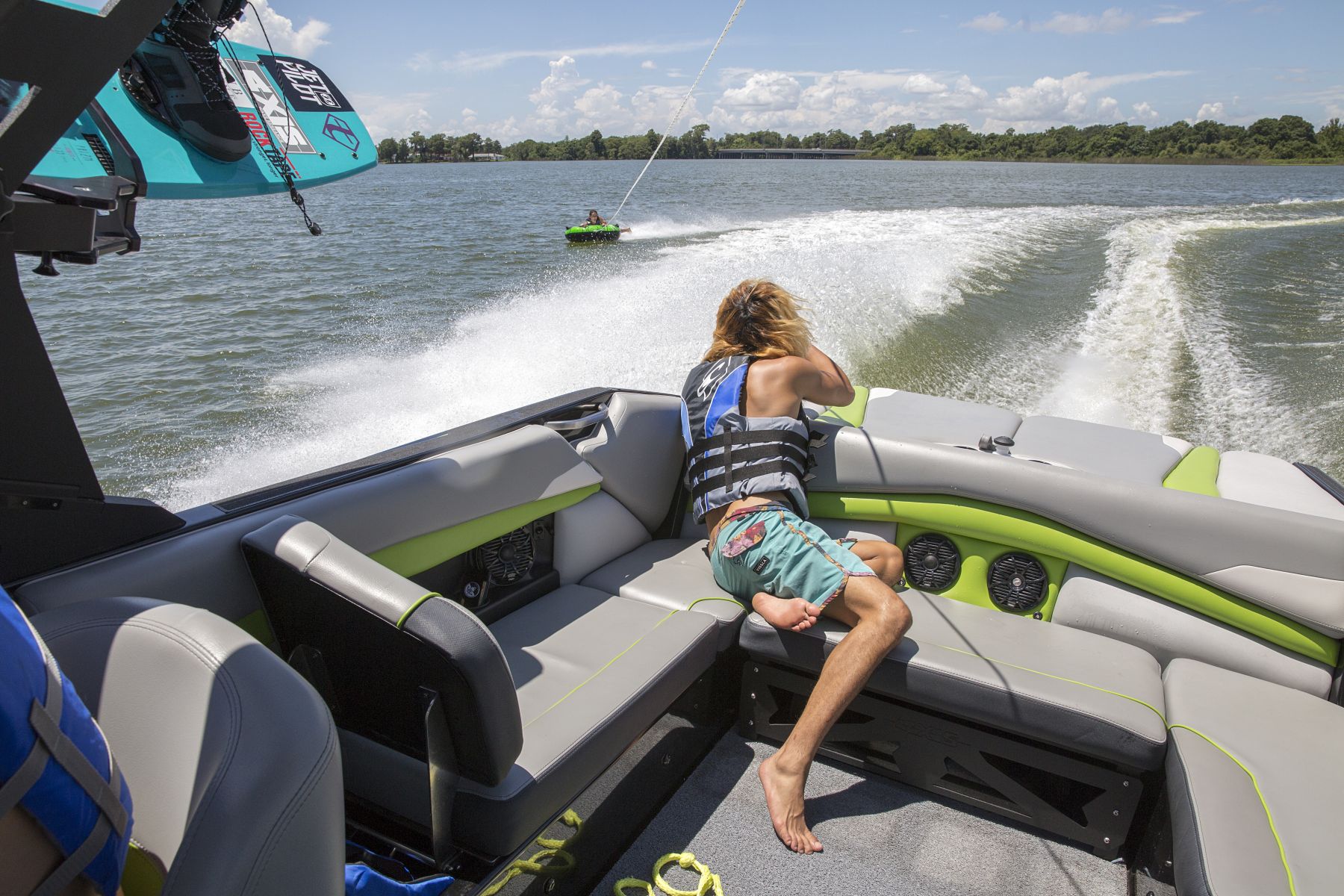 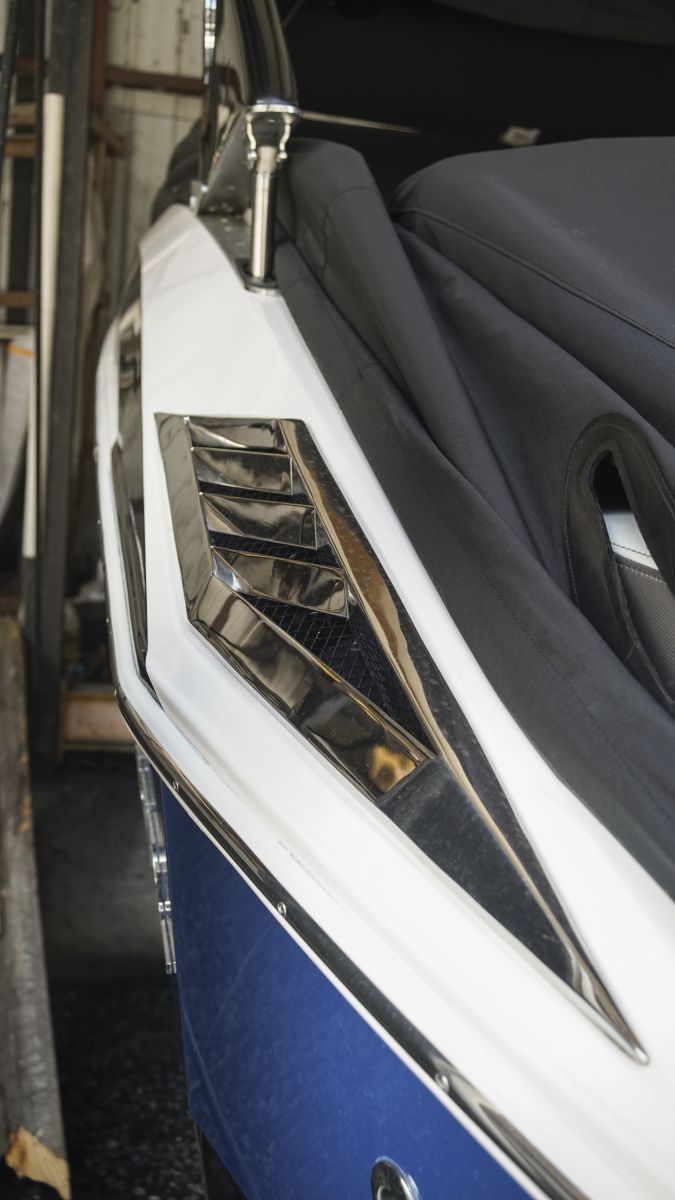 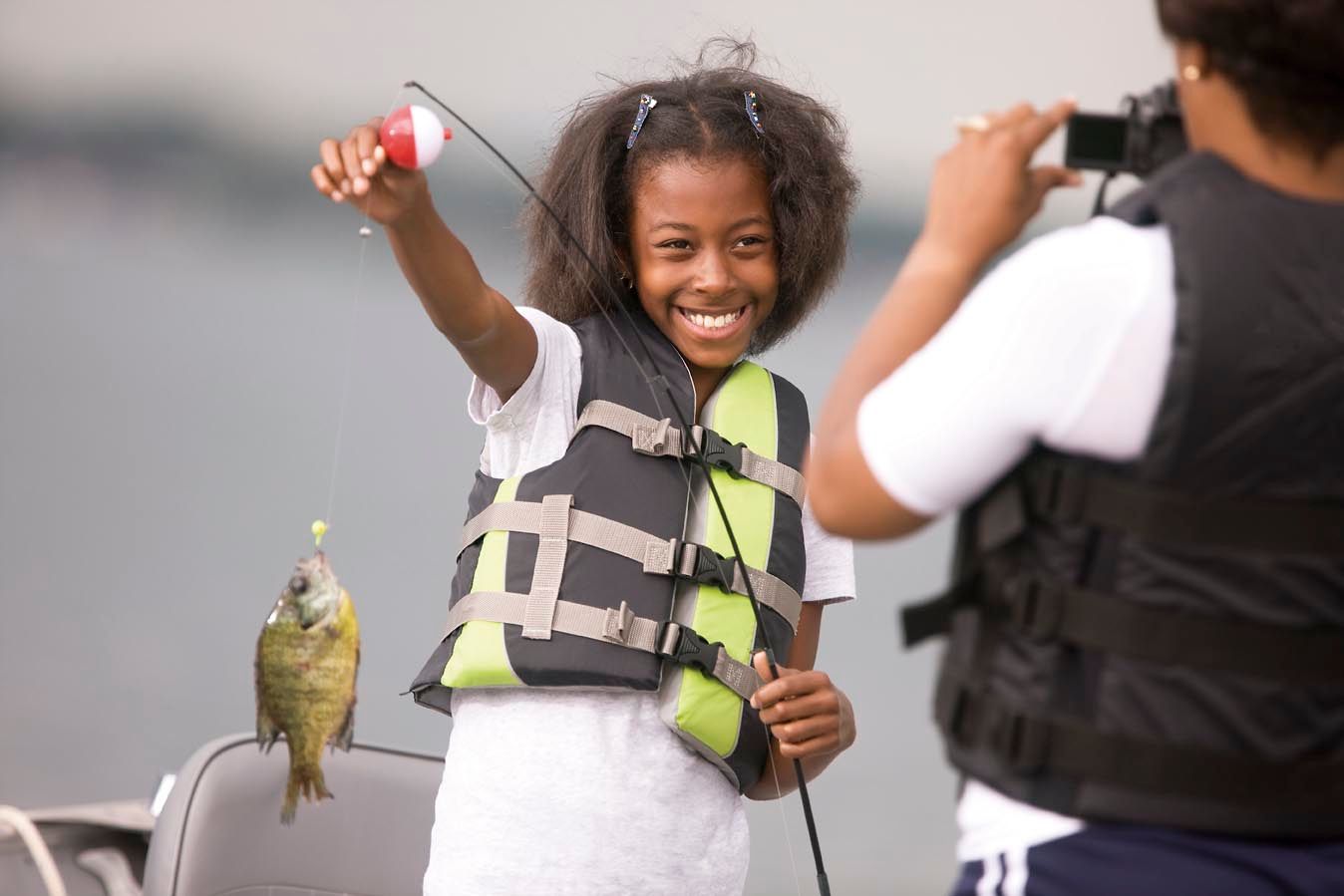